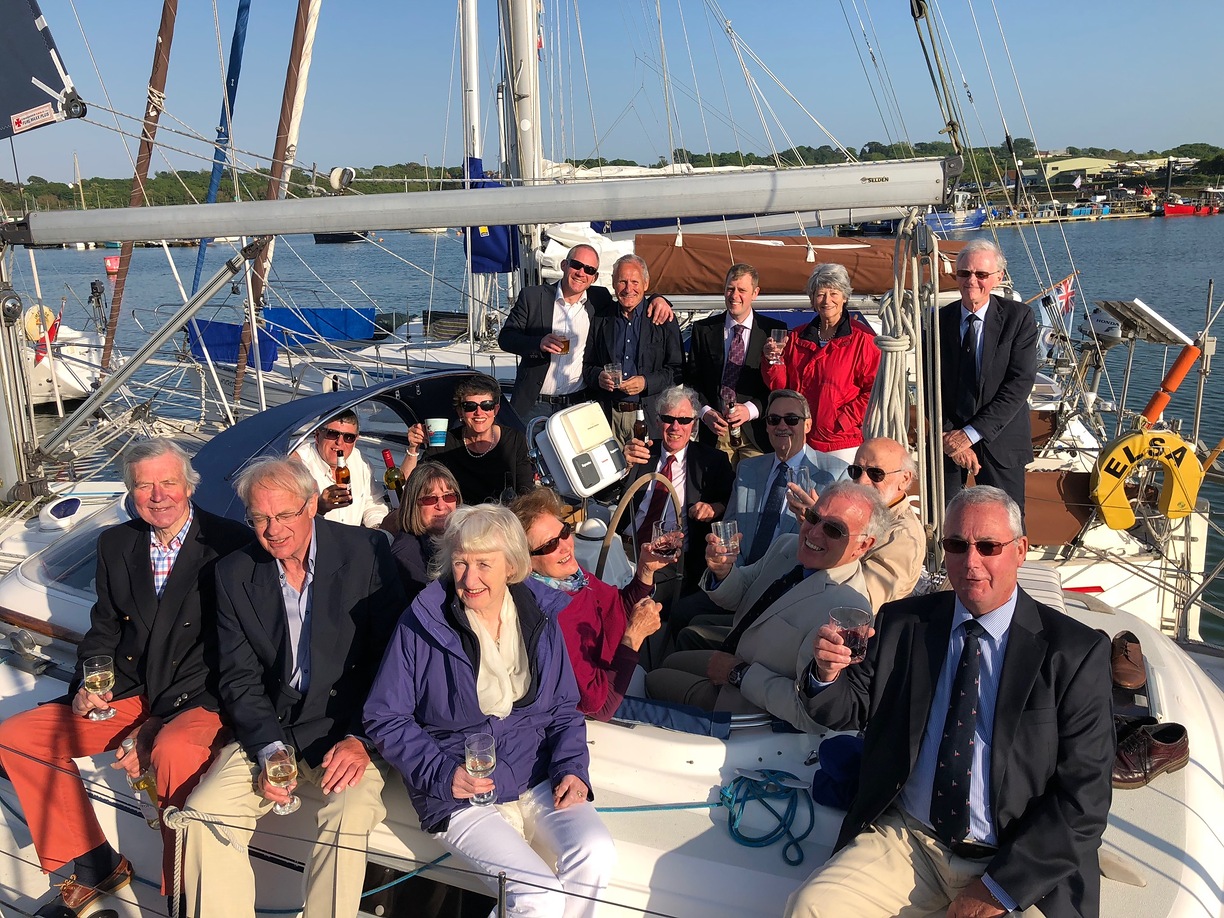 Saturday 19 May dawned misty with thick fog in the Solent, which caused some concern. However, this soon cleared to reveal a sunny day with a fresh SE breeze which hurried the TISC fleet of 11 boats over to Bembridge for out first rally of the season. Rafted up in the Duver Marina our 27 members and friends had an afternoon of leisure before it was time for 'sundowners' on 'Coralie of Hythe' to christen John and Clare Bartlett's new Moody 36 before it was time to make our way to Brading Haven Yacht Club for dinner. The usual jolly evening was enjoyed by all, the Rear Commodore's traditional bad joke did not disappoint and Brian Pilcher's inevitable and impromptu rallying cry was well received. Too soon the time came to return to our ships by the last water taxi, some to enjoy a nightcap and others to turn in early. But for Ted Uren's crew on Vela Vega it was time to snatch only a few hours shut-eye before an 0530 departure on their 3 Capes, 3 Dinners Challenge. By now they will be well on their way, sailing and eating their way around the south coast on this novel gastronomic adventure. Sunday started grey with the promise of sun and a SE breeze by the time we planned to depart in the early afternoon. And so it turned out, so the fleet was able to return to base in good order in time to relax on board in the late afternoon sunshine.

There will now be a break in the rally programme while we all (hopefully!) enjoy our summer cruises, with the next event the ever popular Sunday lunch at Seaview, programmed for 2 Sep. Please get this and our 22 Sep rally to Hornet in your diaries now, Details will appear in later Newsletters.

Meanwhile, by popular demand, next year's Bembridge rally will be a 2 day event to allow more time for the crews to explore that lovely part of the IoW. Details will be announced in the autumn.